The role of Dairysafe is to ensure that South Australian dairy products are safe for consumers by ensuring they are produced by an accredited business operating in accordance with an approved food safety arrangement that specifies compliance with Australia’s food safety standards (the Food Standards Australia New Zealand Food Standards Code) at each point in the production process.

Dairysafe is an independent statutory authority fully financed by the dairy industry. Established on 1 July 1993, Dairy Authority of South Australia ‘Trading as Dairysafe’ consists of three Members appointed by the Governor, one of whom is appointed as Chairperson. Its work in overseeing the safe production of dairy products in South Australia is carried out by a small professional team of administrators and auditors. It carries out its functions under the Primary Produce (Food Safety Schemes) Act 2004 and the Primary Produce (Food Safety Schemes) (Dairy) Regulations 2017.

The role of Dairysafe is to ensure that dairy products produced in South Australia are safe for consumers by ensuring that Australian food safety standards (the FSANZ standards) are complied with at each point in the production process.  We do this by accrediting dairy farmers, raw milk transporters and dairy product processors and auditing them regularly against the standards. We also assist those in the dairy production chain to resolve any issues such as a bacterial outbreak to ensure the integrity of dairy supply in the state.

While the vast majority of the producers and processors we accredit are involved in the production of major cow’s milk products, we also accredit buffalo, goat and sheep milk producers and those involved in organic milk production. Accredited producers include the full range of dairy products from packaged milk, butter, yoghurt and deserts through to pharmaceuticals and biodynamic products.  Our role is to work with each unique business to help them carry out their business in a safe way.

We also are responsible for advising the Minister for Primary Industries and Regional Development on matters of Dairy food safety. 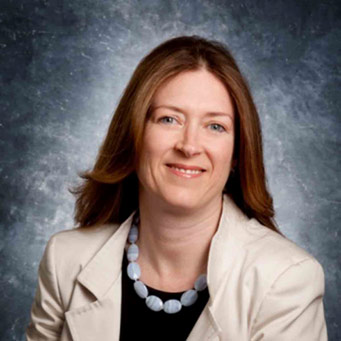 Roseanne Healy has over 20 years corporate advisory experience in mergers, acquisitions and company turnarounds; which have been informed by expertise in strategy, investment evaluation and corporate governance. She has a background in economics and market research, and is a former CEO influencing South Australia’s economic credentials across agriculture, aquaculture, food and wine, technology and infrastructure. She is an accomplished Director and trusted advisor with Directorships and Chair roles. 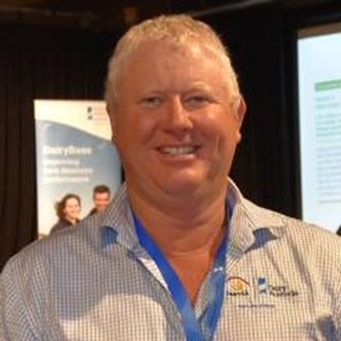 Michael Connor has been involved in the dairy industry his entire life on a family farm at Mt Compass. He and his wife Jodie operate their mixed farming business ‘Nangkita Dairies Pty Ltd’, which consists of 4 Fleurieu Peninsula properties milking 700 cows. Michael is a member of the Mt Jagged Dairy discussion group, Chair of DairySA and on the Dairysafe Board. All the family have been involved in the farming business, and 3 children are now employed full time. Michael’s maintains interests in career pathways to farming, sustainable, profitable farming on the Fleurieu Peninsula, and farming in an environmentally sensitive region. 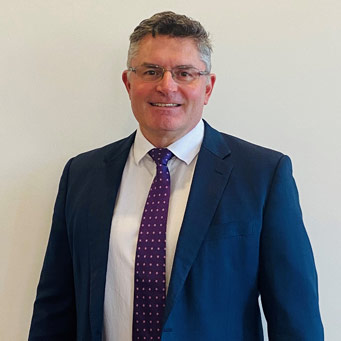 George Kamencak has over 20 years experience in corporate governance, law and compliance across the public and private sector. He is the Co-Managing Director, CCL Consultants Pty Ltd, a legal, compliance and economic advisory firm. George is the lecturer and facilitator of the Graduate Diploma Legal Practice (GDLP) Consumer Law Practice Course, offered by the Law Society of South Australia in partnership with the University of Adelaide, and an appointed Consumer Court Assessor for the District and Magistrates Court in South Australia. Prior to these roles, George was the Deputy Commissioner for Consumer Affairs, Liquor and Gambling with Consumer and Business Services (Attorney General’s Department, South Australia), and the South Australian Regional Director for the Australian Competition and Consumer Commission (ACCC). George has been a member of a number of state and national committees, such as product standards, liquor, gambling, and building industry regulation. George is an active member of the Competition and Consumer Committee, and the SME Business Law Committee, Law Council of Australia. In addition to his legal qualifications, George holds a Master of Laws and Management (UNSW Sydney).

Who needs to be accredited?

Accreditation is required with Dairysafe if you are involved in:

Accreditation does not apply to:

The Department of Health and local government authorities manage these areas.

If you have any doubt about whether you need to be accredited, please contact us by calling (08) 8223 2277 and we will be happy to advise you further.

Our relationship with other bodies

Dairysafe works closely with the dairy industry, industry organisations, interstate dairy authorities, local councils, Department of Health, The Commonwealth Department of Agriculture Food Division, FSANZ and Primary Industries and Regions South Australia (PIRSA), to ensure all dairy products produced in South Australia are safe for people to consume and all accredited producers, processors and transporters are adhering to the standards.

Dairysafe also participates at a national level, on quality and food safety matters, to ensure uniformity between the states and the Commonwealth. Dairysafe has Memorandums of Understanding for co-operation with both PIRSA Biosecurity and the Department of Health in South Australia and with the Commonwealth Department of Agriculture and Water Resources, Dairy Food Safety Victoria and the Tasmanian Dairy Industry Authority.